WHO?   Television Production Club students who want to compete and learn.

WHERE?  Wyndham Orlando Resort in Orlando

WHY?    This event is a great opportunity to learn in a completely immersive journalism atmosphere as thousands of newspaper, yearbook, lit mag and broadcast journalism students convene at the FSPA State Convention.   The event features great workshops, guest speakers and intense competitions.

COST?   Registration fees (including guest speakers, contest fees, a formal dinner and a dance) plus 2 nights hotel stay.  We also may elect to go to an Orlando Theme Park after closing ceremonies on the Saturday.  Last year (2013) each student paid $250 for the trip. 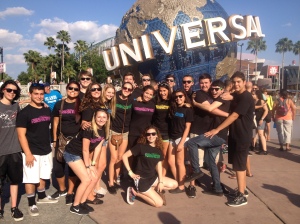 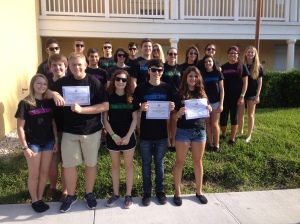 You can checkout pics from the 2013 Convention here: http://seminoleridgetv.com/fspa-state-convention-2013